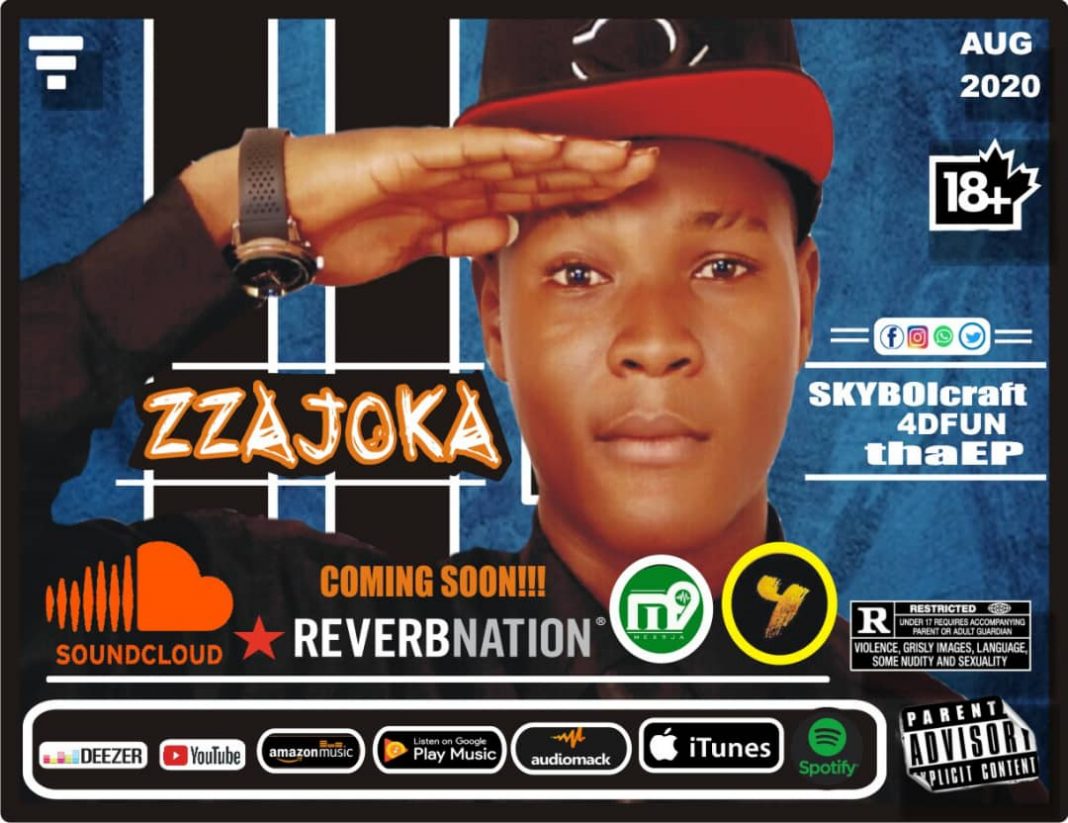 Amongst the likes of Timzy mani, Promphizzy, Bizakeem and other glamorous arts over the years.
Zzajoka who was among the first afro dancehall and pop artists to make it massively in the city of jos has been undercover for some time now but has decided to let the topcat out of the bag this year 2020 by gracing us with his new upcoming project.

Zzajoka has started making massive waves especially in 2017 when he scored a big hit with his lovely tune titled TONIGHT produced by geekbeatz, He has worked with lots of other prominent entertainers inside and outside the city of Jos, likes of Jesse Jagz, Em1, Zara, Elmore, SlowMix, Jetwilton, Dbanj, Talisman, Eskay, wizkid, haskebeatz, Travie cue, promphizzy, k9, lypsi, psy6ix, villy bailz and lots more…
Zzajoka continues in this vein and shows promising strength when he leans on his singing.

Is Zzajoka about to take over the industry? That’s the word out there now…
Somewhere hidden in Zzajoka’s identity crisis is a good artiste waiting to emerge to the world.
The jtown(Jos) born singer released his first single titled “PLAYMEGANGA” produced by Gush in 2010 and has ever since been rated as one of the best singers in jos but since then Zzajoka has been off and on till 2019 with yet another hit single titled “SHE BAD” ft Lypsi produced by CrazieBless.

Zzajoka was set to release his first EP titled “REALITY” but was unable to, due to unforseen circumstances so he has decided to release this EP titled SKYBOIcraft 4DFUN thaEP in Anticipation to the REALITY EP……..
Some rumors we came across is that Zzajoka is releasing the SKYBOICRAFT EP on his birthday August 2020 and then the REALITY EP in December 2020…
Zzajoka is no doubt a very good artiste with promising future….

ZZAJOKA’s new project “SKYBOIcraft 4DFUN thaEP” is a conglomeration of 8 massive songs, that is including INTRO and OUTRO. The EP is all about good music, a mixture of African pop and Jamaican Dancehall👍
The project is officially a cluster of 6 tracks featuring some big name in jos like Jetwilton, Remz Bee, Em1, Prelux, Tomhawkid(Blaqgeenie), Travie Cue and BoyLykmolee.

Follow Zzajoka on social media to get updates on his incredible music, you won’t regret it…