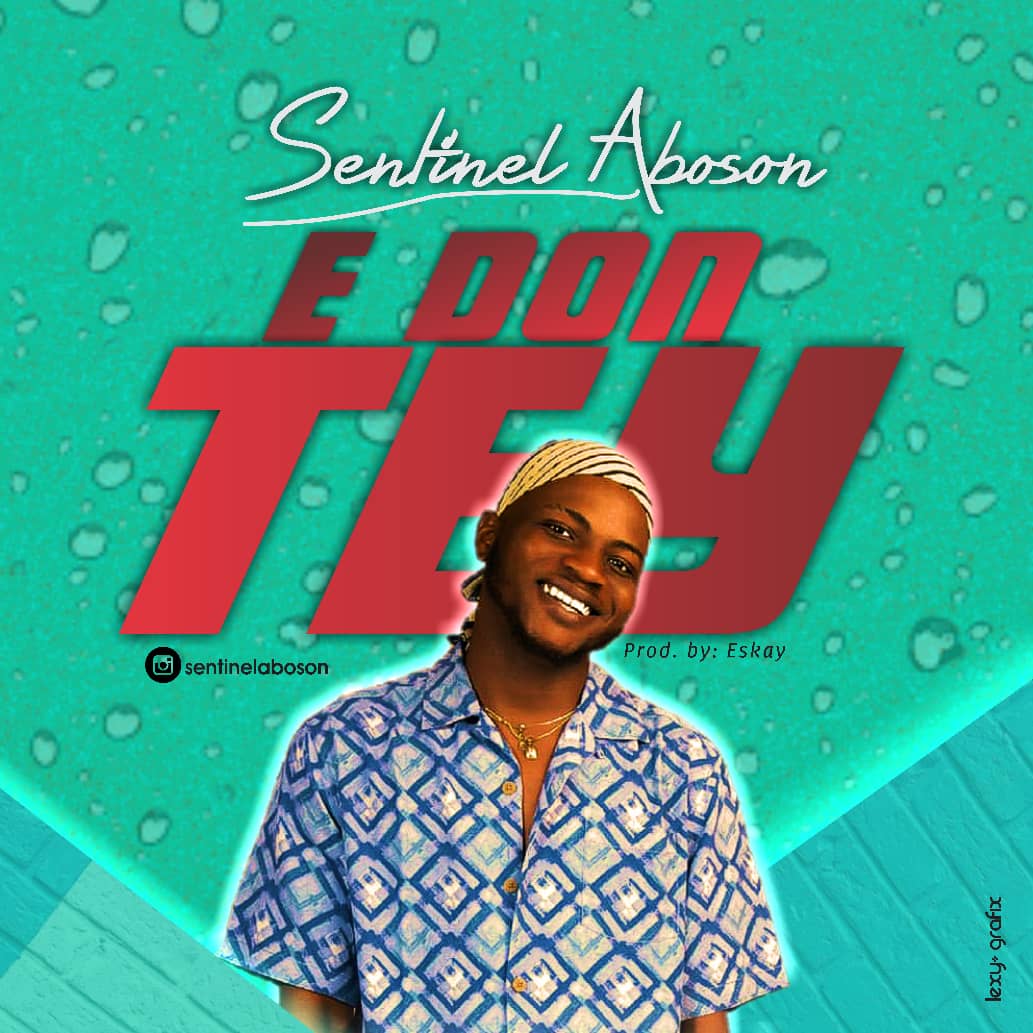 The “ABENA” song crooner is here again with another banger titled #EDONTEY. This is his second single, so far this year. He is an outstanding act who knows how to cook music and make his fans hunger for more. #EDONTEY, is a song that tells the story about his struggle in the music Industry. The journey to stardom isn’t an easy journey, but the destination is worth every trial encountered. It is a song about experiences, disappointments, unmet expectations and every bit of success he faced that made him better, stronger and assured him that it is all going to be alright.

He is an exceptionally talented artist, better known by his stage name “SENTINEL”. His favorite intro “Sentinel ONE TIME” is an idea , which he believes, that when his mind is focused on anything which he sets out to achieve, he gets it done with one single shot.

Hit the link, download, listen and share. It may just be your Ring tone for a long time to come.