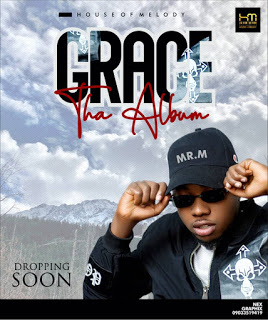 Sensational and award-winning artiste Mr M has unveiled the album cover art and tracklist to his forthcoming body of work titled “Grace”.

The House Of Melody jagaban made the revelation via his social media on Monday, 29June, 2020.

“Grace” The album houses 17 not just yet-to-be-heard songs but also already released tracks that have turned out to be total hits. These include; ‘Testimony‘ & ‘Jara‘.

Grace the album is set to be released on Monday, August 10, 2020, with a Pre-order link coming soon.